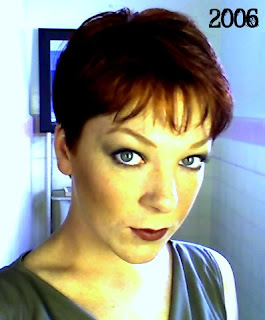 While at the Animation Awards I ran into an old friend I hadn't seen since 2006, and while it was good to see this old friend, having a conversation with him brought up some old memories.  I began to realize how much I've changed since then... Some for the good, but mostly not.

I was an idealistic kid with more hopes and dreams than brains.  I knew that I was destined for bigger things.  I planned to make a great name for myself by the age of 30 and determined to get married to the man I thought was the love of my life.  He and I had just bought a home and we planned to build on it.  College was a short term goal.  Virtue and innocence were still a big part of me.
Since having that conversation and remembering who I was, I've taken a long hard look in the mirror. 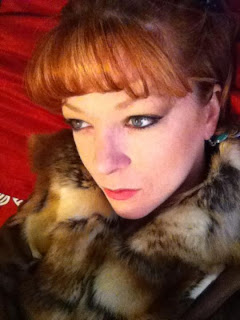 I'm far from being that 20-something kid now.  I've been bashed upside the head with reality several times since then.  Most of the hopes and dreams I had back in 2006 disappeared long ago, along with my uhaul trailer.  These days I have no idea what I'm destined for or where I'm going.  I don't know how I'll get there and the man I thought was to be 'the one' was gone even before my idealistic vision.  There's someone in my life now, but I'm living in an apartment with roommates and college is farther away than ever.  I've lost that innocence.  I've lost my dreams.  I've lost my goals and hopes.  Somewhere along the way, I forgot who that 20-something person was.  She's a stranger to me.
We all have good and bad days, but I have to admit that when I looked in the mirror, I didn't really like what I saw.

It may be about time to change that.

I'll never get my innocence back.  I'm not going to be headed back to school anytime soon.  Those hopes and dreams I had are dead now.  But I can change something within my life - at least enough to reconnect with myself.  That was quite a wake up call for me.