This has been the weekend to remember, and believe me it's not over yet.

While in church yesterday (and anyone who knows me will understand that sentence alone is no small miracle) I spoke with an interesting character. He believed that it was a small miracle that men learned to always have half-full lungs. He said it was a learned defense mechanism. When a woman asked if a particular clothing choice "makes her arse look fat" a man is doomed of he must first inhale before he answers. He believed the half full lungs were a small miracle.

Michael, my boss and close friend, normally isn't accompanied when he goes to church. He goes alone and does the audio mixing. He enjoys the service, but he never has his own company with him. This time was different. Some sort of small miracle granted him not one, but two companions for the Sunday service.

Another small miracle would have to have been that for the first time in quite literally months I haven't had to wake up to an alarm clock even on the weekend. Saturday was spent doing laundry, picking up a thing or two at the dollar store, visiting with people I otherwise never get to see on the weekends and generally just remembering what it's like to have a day off and nowhere to be but doing whatever I liked. It felt like a miracle.

I've dreamed of this day for as long as I can remember. I've always wanted to see the Eiffel Tower in person, touch the ancient walls of Notre Dame, stare into the dark waters of the River Seine, travel the Champs-Élysées, see the Arc de Triomphe, grace the face if Napoleons tomb and enjoy a true baguette at a sidewalk cafe in Paris!

I never thought I would actually get to go. In fact it was exactly one year ago today I wanted desperately to make a daring escape from Scotland but couldn't catch my secret flight home because of a severe kidney infection, in no small part due to the trauma endured in the care of someone I expected to trust when I got there. In the end, all I wanted was to go home and never set foot on foreign soil again.

A friend of mine went to Paris while I was in Scotland last year and again over the Christmas holiday. I admit I was jealous. I never really thought I would get the chance. It was a bucket list item, but one I never expected to come to fruition after I got back in June of last year.

Yet, due to the small miracle of knowing one generous and amazing person, here I find myself winging my way to London, where a train ticket awaits me at the station in order to take me to Paris.

I sit here on the plane, unable to sleep due to the excitement, wanting to scream out in joy. I truly never thought this would happen or I would see this day. I expected to go to my grave as an old woman, having never seen Paris, dying a penniless old maid, known only for never having been a success at much of anything. How many times do I have to prove myself wrong?

If I can go to Paris in March less than a year from the Scotland escape, any miracle is possible.

Wounds can heal. Hearts can mend. Life can go on. Goals can be reached and dreams can come true. 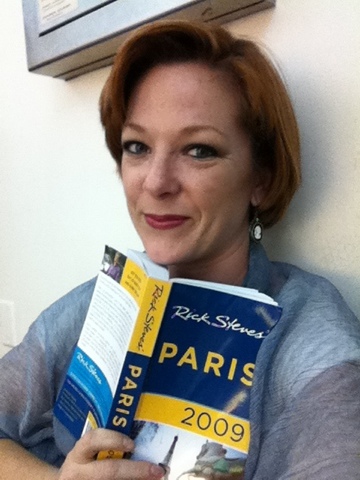