I didn't know enough to call it human trafficking back then. I just thought it was "horror beyond description" until I learned a lot more about it. 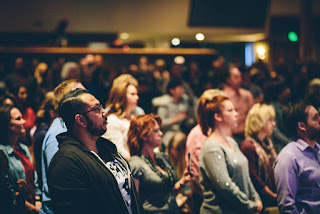 Don't get me wrong, I knew it was something horrible the first time it happened to me when I was 19 and was raped before I was sold to "Esteban" to do with as he pleased.  I knew that was possibly trafficking of a sort, but since I hadn't been forced into prostitution, I wasn't quite willing to admit to it yet.  It wasn't until I went to an anti-trafficking convention in Highlands Ranch, CO in February 2017 that I finally understood that it was, indeed, human trafficking. The truth hit me like a sledgehammer.  Still I wasn't willing to give any thought at all to the Scotland incident of 2011, when I was 31 years old.  Trafficking victims were usually very young. The fact that I was 19 the first time it happened was already unusual. It never even entered my brain that what I experienced at 31 years old was, in fact, human trafficking.

That meeting in February 2017 was the first time in my life I ever admitted out loud that I was a survivor of human trafficking.  I first admitted it to myself that morning, but only to myself.  It settled in for a little while, and the words bounced off the inside of my skull like rubber balls on a trampoline.  Later on when they opened the floor to questions from the audience, there was a panel of five people sitting on stage.  I didn't know how to ask my question, and I certainly didn't know how to say the words out loud since they were still actively scrambling around inside my confused and angry brain.  I raised my hand, waiting for the mic to be delivered to me.  The representative walked to where I sat and held out his hand.  I was in the second row, nobody in front of me, sitting alone.  Slowly I stood up, my legs shaking, my hands trembling, and reached for the mic.  I didn't do a very good job of holding it. The large audience was quiet, waiting for me to ask my question. The panel of five stared at me intently, curious to know what I would be asking. My voice cracked at the first syllable and I took only a split second to regain my composure before cracking again.

"I... I was a victim - "I froze.  So did the audience.  I couldn't finish the sentence.  A minor gasp here and there sounded through the auditorium.  I couldn't speak for a second.  The panel of five sat there looking at me for a moment, and I think one of them spoke but my head was so cloudy with the tears I was fighting back that I couldn't retain anything.  I continued after a long moment.  "I was curious," my voice wavered.  I was terrified, and severely stage fright.  "How long does it take for the victims you rescue to have a normal life?" I was finding my voice, and the more I thought in that moment about the twisted life I'd lived, the more angry I got about it.  "Because I got away 18 years ago and I'm still struggling."

Nobody spoke.  The man who started this whole conference, John DeYoung, looked across the panel of people sitting on stage with him. One was an FBI agent, one was a local police officer, one was a woman who dedicated her life to helping the victims receive care, counseling and safe housing.  They were all the people out there fighting for victims that I didn't know even existed. They were the people I needed in my life all those years ago and didn't know how to find.  I just wanted a normal life and I didn't know how to find it.  Surely they could help me, could they not? It wasn't until later that I realized they already had, just by giving me the knowledge that I needed all those years to be able to call a spade a spade.  To know what I had lived through, and to know it had a name... that was the beginning of my recovery.  It wasn't much of a beginning at the time, but it's turned into a life changing moment for me and I'm eternally grateful.

"That's a good question," one of them responded.  "I don't even know where to start," said another.  Finally, the FBI agent spoke.  "Thank you for speaking up," he said, all five of them staring me in the face as I stood in place, still shaking.  "That's not an easy thing to do, to say you were a victim.  But you're not a victim anymore. You're a survivor now."  I felt a tear escape the corner of my eye and quickly find its way to the portion of my shirt aligned just under my chin.  The entire audience erupted into applause and I hung my head in shame and pride.

The lady in charge of recovery spoke again.  "Yes, thank you for speaking up.  The recovery time varies, depending on what they've gone through and who they are as people.  There are a lot of factors involved.  If they were young or older when they were trafficked, how long they were trafficked, what all they lived through, who trafficked them... some of them never really recover at all.  Some of them recover quickly and live productive, normal lives.  It's on a case-by-case basis."

I know they continued talking for several more moments.  I don't remember everything that was said, other than they urged me to find counseling to be able to talk about my past.  I cringed at the thought - I had bad experiences with therapists in the past.  I didn't trust them.  I managed to listen to everything else they had to say but don't remember much of anything about it.  I sat there, dazed.


I had a copy of my book, Detailed Pieces of a Shattered Dream, and I knew that the man speaking on stage who made me realize that it was the truth about my past was someone I needed to meet - I barely remembered that his name was John at that point.  I didn't know how to make that happen until he got off the stage at the end of the Q&A segment and headed toward the back of the auditorium. I darted to the back before he got there, intent on cutting off his exit and introducing myself quickly.  Simply handing him my book, I thanked him for the things he said on stage and for what he did. I didn't say much else.  He hugged me, asked for my contact info, gave me his card, and excused himself.  He was clearly in a hurry. 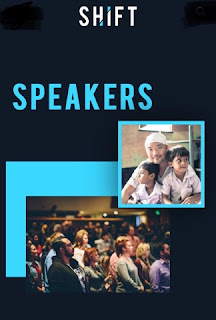 I started attending the Shift Freedom meetings once a month after that.  It was probably only a few short months before the memories of Scotland that I'd worked so hard to repress began to feed their way back into my consciousness.  Some of the talks about what human trafficking actually means started to spark memories in me. I grew more and more angry.  I still wasn't willing  to talk about it until one day that same FBI agent was at one of the smaller meetings.  I was sitting with a couple of other survivors I'd met along the way, and my best friend.  My courage was growing.  Finally, in a fit of frustration, and anger mixed with determination, I responded to a comment the FBI agent made about the difficulties of prosecuting across international borders.  Scotland seemed farther away than ever in that moment.  While I wanted it as far away as possible, I also knew that it meant my chances of ever seeking justice for what had been done to me were slipping away quickly.  I needed to learn how to speak up, and quickly.  I'd tried to fight when I first got back from Scotland and he tried to sabotage the life I'd built for myself, but I failed and saw it as a solid defeat.

It's now been two years.  I've been a public speaker for Shift.  I'm now outspoken about being a survivor of human trafficking.  Stage Fright is gone.  And finally, I now see that first failure as nothing more than just me trying to figure out where things stood.  Now that I know more about what everything actually was that I lived through, now I can begin to fight.  I've come a long way in 1.5 years.  But I still have a long way to go.

In the famous words of John Paul Jones,