The Lasting Abuse of Family Members - Bullied for Decades

My mother posted a photo of me as a 13 year old kid saying that I was never a 'real' redhead on her own page for all the public to see.

She did this thinking it would 'damage' me (she was always maliciously abusive) and she was hoping to break down my charity and my speaking out against human trafficking.

I'm the founder of "Redheads Unite" on Facebook and run several Natural Redhead pages on social media. My charity does Redhead events, but all the money raised goes to help fight human trafficking because I'm a survivor of trafficking and abuse. I've written books about it.

But what bothers me the most about all of this?

She bleached my hair blonde when I was 16 because she HATED my real hair color, She used to tell me it was "a horrible mouse gray color" all the time.  Eventually It turned CARROT orange when she tried to bleach my hair blonde because of all the natural red in my hair. Yet she has the gall to try claiming I've never been a 'real' redhead.

Sometimes the bullying we get in life doesn't come from kids in school. 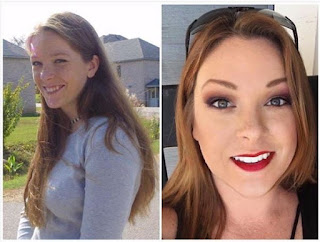 The first photo is from when I was 22 and letting my hair grow out. I didn't do anything to it. This is 100% natural hair, ratty mess and all. The second photo is from yesterday - Seventeen years later.

It was red back then, it's red now.

You can't let the perpetually angry people effect your life or your mission with their blatant, obvious lies about you. Moving on with your life and enjoying it in SPITE of people like that will always be the best revenge.


Tell your truth. People will find something to hate if they want to. That petty stuff just doesn't matter. 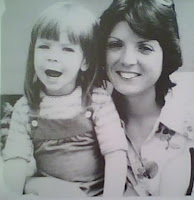 She was a mother some of the time. I do have random fond memories of coloring my Smurf coloring book with her when I was four. I remember making jokes with her, dancing in the living room to Elvis songs, and laughing at my dog barking at "The Thunder Rolls" on the stereo because the dog hated thunder so much - and laughing harder when the dog bit the speaker. There were good moments. There just weren't enough of them.