From Victim to Survivor - I Am the Butterfly.


I believe that may have been a childhood premonition. I wanted to fly gracefully with bright colors to wear. Eventually I became a flight attendant. I thought that would be the end of my obsession with being a butterfly... but it wasn't. That was the outward appearance only.


It wasn't until I started talking about what happened to me 9 years ago that I truly discovered my proverbial wings. The wings of a butterfly have nothing to do with looks or beauty, and everything to do with the transformation. The butterfly literally falls apart in its cocoon, hugging it's proverbial knees in agony for months before it finally breaks free from its dark shell, emerging a completely different creation.


When I set out to start talking about my experiences, I wouldn't admit to being a survivor of human trafficking. In my head, I was simply a survivor of something terrible that didn't have a definition. As I learned more about what human trafficking was, I learned more about who I was and what I had truly survived. I've emerged from that shell of dark protection around me, of ignoring the truth, into this wildly outspoken woman who wants nothing more than to help others get through what I've overcome.


Someday I'll find the girls I left behind.
When that happens, I'll finally feel like I'm getting somewhere in this world.


Listen to my 90 minute NAASCA interview about my past by clicking on this link.
https://www.blogtalkradio.com/naasca/2019/10/10/stop-child-abuse-now-scan--2243 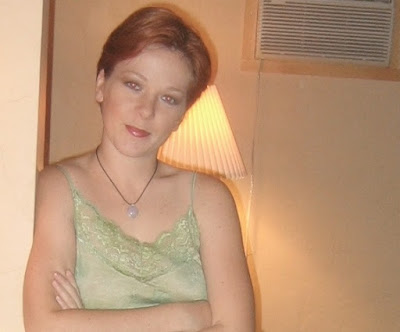