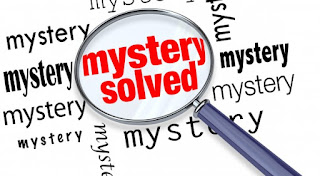 
For those who don't know, I've suffered for nearly 5.5 weeks with severe, massive welt style hives all over my entire body. I worked relentlessly on trying to figure out what the issue was. I went to doctors twice who put me on steroids that didn't seem to help me. I tried over and over to solve the issue. Body wash, fabric softeners, laundry detergent, soaps and other items were changed in the course of being a human science experiment. I tried oatmeal baths, Epsom salt baths, Benadryl creams, allergy medications; all sorts of stuff. Nothing worked. I couldn't figure out what was going on.
.
.
It's a sudden and severe Nightshade allergy.
.
Do you know what a "nightshade" is? I didn't. Well, not exactly. The term 'nightshade' may have been coined because some of these plants prefer to grow in shady areas, and some flower at night. But what exactly is THAT then?
.
According to Google, a "nightshade" is a plant related to the potato, typically having poisonous black or red berries. Several kinds of nightshade have been used in the production of herbal medicines.
.
Basically, Nightshades include tomatoes, white potatoes (which is any potato but a sweet potato), eggplant, bell peppers, chilies, peppers of any kind, huckleberries, and goji berries. While on the surface that sounds like it would be a pain to avoid these things, though do-able, the rabbit hole goes deeper. Nightshades are used in other things also. Paprika is a nightshade, and is used in mustard, muenster cheese, mayonnaise, many canned soups and even pickles. Potato starch is found in things like white bread, soups, canned tuna, cream cheeses, yogurts, sour cream, rice meals, and MANY other things.
.
Already it sounds like a bit more of a pain in the behind, doesn't it? Well, it gets better.
.
While there was discovered to be a link between auto-immune diseases and emotional trauma as of June 2017, it's not widely known that I myself suffer from something called Crohn's Disease. This is an auto-immune disease that often manifests itself in certain food sensitivities to the degree of severe pain. This means I can't eat anything difficult to digest. I'm not able to have beef, pork, dark meat chicken, oily fish, raw vegetables, carrots, all dairy products, or even wheat bread. When you combine the two issues into one diet, what you get is someone who can't have anything but boiled chicken breast and boiled, mushy vegetables now. For someone like me, intent on writing my own cookbook because of my deep love of food, it becomes far worse than that even. It becomes depressing.
.
I'm fighting my way through this, just like I do everything else. I made some lemon chicken for myself on Friday in an attempt to find anything to get me through this, but my options on food are so limited that I'm now staring at a huge stack of cookbooks at home and wondering what, if anything, I can make to get me by.
.
There's light at the end of the tunnel. There is a slim chance this might be a temporary allergy. If that's the case, after 4 to 6 weeks I can slowly introduce some of the nightshade items back into my food routines, but for right now a bit of green pepper or tomato that inadvertently makes it into a meal I'm eating can send my entire body into shock. Eating a sandwich somewhere like Quizno's without knowing if they put potato starch in their bread can put me right back where I was last week, and needing to start over from scratch with my time out from Nightshade.
.
Nightshade might sound 'easy enough' to avoid, but I'd love to challenge any of you to do this with me. As you go, if you find items that contain any of the ingredients on the Nightshade list, you can share them with me. They're in surprising places. If you slip up, you won't have to deal with all over welt style hives everywhere, so you've got an advantage. You also have the advantage of not having Crohn's disease, so you don't also have to avoid things like dairy, red meat, and pork. I have to check quite literally everything, and cook just about every meal for myself because sandwich shops don't list ingredients for their breads, and "nightshade" isn't considered a lead allergen so it's not listed on allergy charts. People (including me) normally put tomatoes or potatoes in just about everything.

If you want to take this challenge with me, just let me know. It could be a fun experiment. It's only for 4 weeks and it's on your honor. But if you spot unusual items with Nightshade, PLEASE feel free to share them. I guess a nightshade allergy isn't all that common, but it's becoming moreso. I wish more food manufacturers were aware of this. We have allergy listings for pretty much everything else on the planet. Why not Nightshade?